Hulk, his cousin She-Hulk, his friend A-Bomb, his son Skaar, and his former enemy Red Hulk form a team to fight the threats no one else can. Meanwhile, Rick Jones uses cameras to film the action to prove to the world that the Hulk is a hero.

Paul Dini said, "The show is a half hour action comedy revolving around the Hulk, one of Marvel's most enduring characters. It's about his at first reluctant efforts to show the world he's not just a rampaging monster. He has friends and allies who share his powers who want to prove to the world that Hulks can be heroes too. He gets dragged into leading that initially, but he takes steps toward cleaning up his image. Rick Jones, aka A-Bomb, is documenting these adventures in the form of a web series with confessionals." "The challenge with the Hulk is to throw the biggest villains we can at him, because the Agents of S.M.A.S.H. are the most powerful team in the Marvel Universe in terms of sheer muscle. They need big world-shaking threats like Ego the Living Planet. The bigger the threat the better. We looked through the Hulk's rogues gallery and also the larger Marvel Universe pantheon. We've got guys like Galactus, Doctor Doom, the Inhumans, all the Marvel greats." "One of the great villains we have showing up is Sauron. He enslaves all the Dinosaurs in the Savage Land. The Hulks break a big red dinosaur out of captivity and he is grateful. That's Devil Dinosaur, of course. What better pet for five Hulks than a Tyrannosaurus Rex?" "These characters are members of a team, but they're highly contentious, opinionated and brash. In many cases, they're their own worst enemies when it comes to working as a team. That's where the fun comes from."

Henry Gilroy stated, "This is a group of misfits who would be loners in any other context, but put them together and they're family."

The series was announced at the 2011 Comic-Con. Marvel Entertainment's Head of Television Jeph Loeb called up writer Paul Dini to "ask" him if he wanted the job. The two had done the same thing the previous year for Ultimate Spider-Man.

The Avengers: Earth's Mightiest Heroes was actually going to focus on the Hulk and be called Hulk: Gamma Corps. It was in pre-production but was folded into The Avengers: Earth's Mightiest Heroes, which was also in production. Joshua Fine, the Director of Animation Development for Marvel Animation, said "It became apparent to us that the creative work that was being done to bring Hulk's world and his villains to life was too good to relegate to his universe alone, and would be much better suited as part of an full-on Avengers scenario." Gamma Corps producer Ciro Nieli left the cancelled series and came to work on Avengers. It is currently unknown if anything from Gamma Corps eventually became Agents of S.M.A.S.H.

Joe Quesada said of the reason to bring in the Hulk family, "I think a lot of the Hulk's current success has to do with what Jeph Loeb and Greg Pak brought to the comics and the characters they introduced. Ed McGuinness as well. Jeph and Ed had this wonderful concept for creating a Hulk 'universe,' a family of Hulks. Red Hulk, A-Bomb and Skaar are really standouts on the show."

Gilroy stated that the reason to use a reality show format was to allow for cutaways similar to the comics' use of thought bubbles.

Gilroy also said, "Seeing this family grow together and learn to trust each other is one of the best parts of the series."

Dini enjoys writing for Leader as he is a good villain and counterpoint to Hulk.

The series will be in the Marvel Animated Universe with Ultimate Spider-Man, Guardians of the Galaxy, and Avengers Assemble sharing several voice actors and same designs with the same art style.

Regarding continuity Quesada stated, "Obviously it's very important to us. I prefer to think of it as consistency rather than continuity. You should be aware that you are watching a Marvel show. Working with Marvel Studios, we tried to make sure that a Marvel movie feels like a Marvel movie, and it's the same with our animated series."

According to Gilroy, "Fred has voiced the Hulk for quite a few series. He brings this quiet strength to our version, who is a leader with potential to become the raging monster. He has some of Banner's intelligence, but he's not super articulate. There's an unpredictable nature to him, but he really cares about the Hulks. He's a hero. Fred brings the softer side of Hulk but can also explode at any minute. He's very versatile." "Clancy Brown, our Red Hulk, is the jerk big brother, and he embodies that. He really brings an acerbic quality, though that's not who Clancy is at all." "Seth Green as A-Bomb is so funny. He adlibs a lot. He brings the humor." "Eliza Dushku, who is our She-Hulk, brings a feisty, kick ass quality to the character. She's a powerful character in her own right. She can be 'one of the boys.' Eliza has that." "Ben Diskin is Skaar, the newest Hulk. He's excellent. They initially take him in because they're not sure where his loyalties lie. He's almost a younger version of the old savage Hulk. He's a challenge. He's a caveman with amazing powers thrust into modern society."

Regarding his multiple roles as Hulk, actor Fred Tatasciore stated "I'll walk in the Hulk's green feet any day. It's been incredible, because I've gotten to ride his evolution though different shows. It's been great as an actor to explore different elements of the same character." "Ironically, Hulk's real quest is to have peace. He wants to help those who need it."

Joe Quesada said "There's only one commonality that all of these characters have: the can all smash. Outside of that, they're wildly different characters and each wants something different out of this family dynamic." While Gilroy claimed "Everybody doesn't just punch stuff. Red brings his soldier sensibility, so he has weapons. She-Hulk uses more speed and guile. Skaar's got his sword. A-Bomb has cloaking ability and armor. It's not as simple as they all hit stuff."

Paul Dini claimed, "Nobody knows more about comic book characters than Seth Green, with very few exceptions. I thought I knew a lot, and he left me in the dust. When he brings that knowledge to recording, it's brilliant."

Hulk and the Agents of S.M.A.S.H. was unveiled at the 2011 San Diego Comic Con. Pre-production was outsourced to Karactaz Animation of Wellington, New Zealand. Film Roman was contracted to produce. Before it aired, writers Paul Dini and Henry Gilroy were confirmed to be writing for the series. Supervising Producer Cort Lane described the series as, "a great story about a great group of characters who have a really interesting family-style dynamic. It's very funny, with just the most amazing voice cast." On July 26, 2014, Disney XD renewed the series for a second season.

On July 12, 2015, Stephen Wacker, Vice President of Marvel Animation confirmed that the series had ended after the second season.

The series will be produced by Marvel Animation and feature same animation as Ultimate Spider-Man, Guardians of the Galaxy, and Avengers Assemble.

Regarding the animation Dini stated, "There's a strong visual style to the show that makes it attractive, and animated super heroes have grown a quantum leap in the last twenty years. For a long time you could never really capture the power of super heroes from the printed page, but with this show we can really cut loose. The smashing element of the show where we put them up against bigger and bigger enemies is a great way of showing that. We really test the Hulks. The animation is amazing."

List of Hulk and the Agents of S.M.A.S.H. Episodes 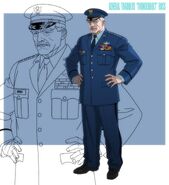 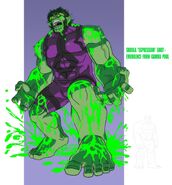 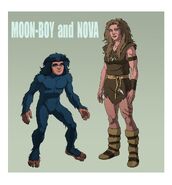 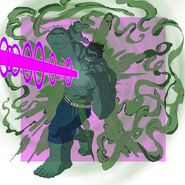 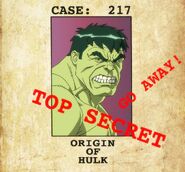 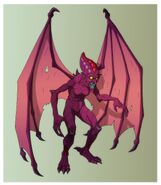 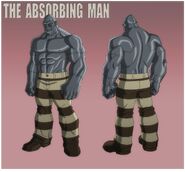 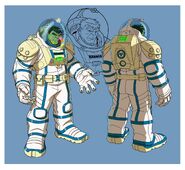 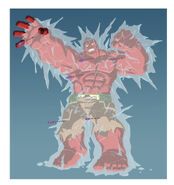 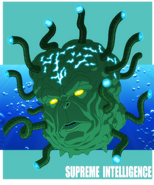 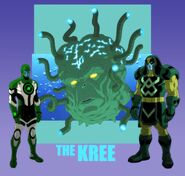